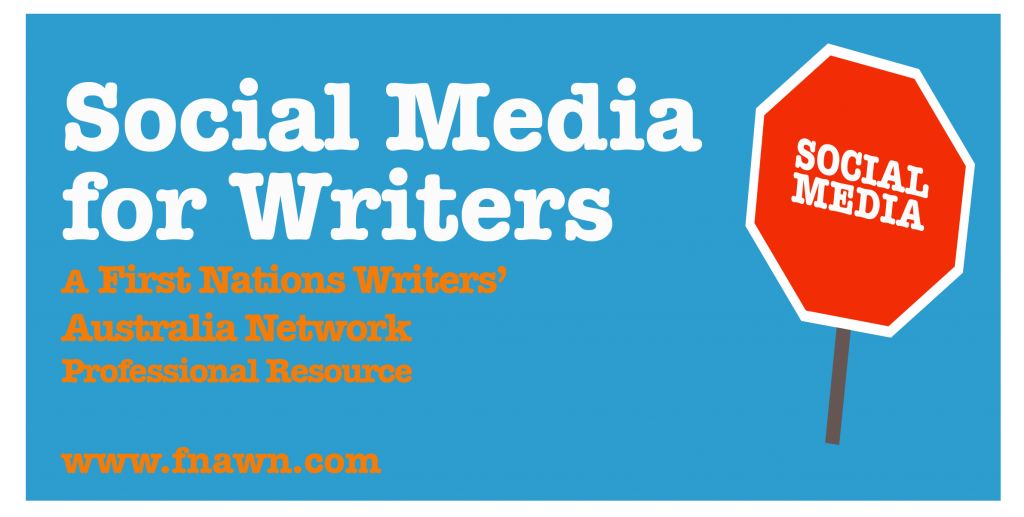 If you”re a writer, most people assume you will be able to understand and manage social media quite easily. While you may be at some  advantage, it can still be incredibly confusing. There are so many different types of social media applications – blogs, Facebook, Twitter, Instagram, Tumblr – how do you know which ones you should focus on? And do I really need to be online?

In this series of posts, Leesa Watego from Iscariot Media, will unpack some of the issues, emerging and published writers may have with social media.

Welcome to the first Professional Resource Series of the First Nations Australia Writer”s Network. My name is Leesa Watego and I”m the owner and director of Iscariot Media. We work on creative, online and educational projects, and we”ve been using social media and digital tools for about 14 years, and if you”ve ever heard of the saying  “the only thing in life that”s constant is change”, then you”ll be fine when talking about digital tools, because they are ALWAYS changing. After this series, I hope that you have a better understanding of how you can use digital media, regardless of where you are in your writing career.

I always tell my clients the same thing when we start working together, and that is YOU DO NOT HAVE TO USE SOCIAL MEDIA IF YOU DON”T WANT TO.  While everyone might be saying to you “Why aren”t you on Facebook?”, you don”t have to do it unless you really want to. Actually, if you don”t want to do it, it”s probably best if you don”t. But, if you want to sell more work, being online might help you out.

So, if you have decided to use social media as a tool in your writer tool-kit, here are some initial ideas to consider:

In the next post, we will go through a range of different social media platforms that could be useful for your professional online identity.