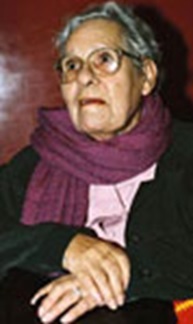 Aunty Ida West (1919–2003), Aboriginal leader. Aunty Ida West and her family were ‘Islanders’, Tasmanian Aborigines who survived the impact of colonial progress. A strong, outspoken woman who was prepared to fight for justice for her family and her community, Ida only ever wanted to see justice and fairness for all.

Ida West grew to be ‘Aunty Ida’, that Aboriginal matriarch who would step up to a challenge, and not step back until something was being done about whatever the problem was. In her later years before her death, her energy amazed most people who came to know her. Aunty Ida had her vision for the Tasmanian Aboriginal community, and she also had a clear understanding of the wider white community and its problems.

Today many people continue to build on Aunty Ida West’s vision for a better Tasmania, justice for