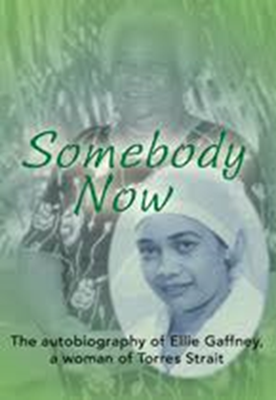 Ellie grew up on Thursday Island and went to school at Cowal Creek Mission on Cape York Peninsula. At the start of the Second World War in 1940, her mother and some of her siblings were evacuated to Cherbourg reservation (north west of Brisbane).

When her brother was wounded in the war and returned home, the family was allowed to leave Cherbourg and move to Brisbane, and later back to Thursday Island. She decided to become a nurse and received her training in Brisbane.

She wrote Somebody Now: The autobiography of Ellie Gaffney, a woman of the Torres Strait.