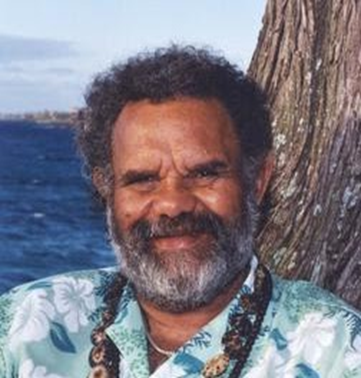 Gerry Bostock, a Bundjalung man, was an Aboriginal healer from New South Wales. In 1972, Gerry Bostock participated in the political struggle surrounding the Aboriginal Embassy in Canberra. He helped establish the Black Theatre in Sydney.

Gerry wrote the poem ‘Black Children’ which was later published in Black Man Coming (1980). Gerry found it hard to get his poetry published, so when he wrote his play ‘Here Comes the Nigger’ in 1974, he included a poem because he felt it was the only way his poetry could be shared with the public.

Joining Film Australia in 1977, Gerry began working in film production, research and as an assistant on documentary films. Gerry and his brother Lester Bostock were the co-founders of Kuri Productions in 1985. His experience as a playwright gave him the opportunity to lead a practical workshop in the Our Words – Our Ways: National Aboriginal and Torres Strait Islander Writers Workshop.

In 1994 and 1995, Gerry sat on the Sydney Writers’ Festival Committee. He was a panellist for Aboriginal and Torres Strait Islander Theatre: On the Edge during the 1995 Festival.