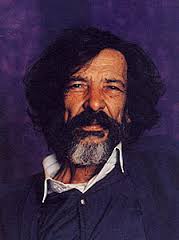 A Wiradjuri warrior Kevin was a tireless advocate for Aboriginal rights. He became the first Aboriginal playwright with The Cherry Pickers. Kevin wrote many books Because a White man’ll Never Do It, Living Black, Aboriginal Sovereignty, Justice, the Law and Land (including Draft Treaty) and Child’s Dreaming.

His anthology Inside Black Australia, won the 1988 Human Rights Award for Literature, but Kevin publicly refused it. In 1995 he was posthumously presented the RAKA poetry award for Black from the Edge. Me and Mary Kangaroo, was short listed for the 1995 Australian Multicultural Award.

In 1992 he was awarded a Creative Arts Fellowship for his ‘outstanding artistic contribution to the nation’ but passed away in 1993.

Peer into the campfire

Peer into the campfire

in the heart of the coals and see
I am and you – a stranger
is also here with me
existing in our space and time
and each unmeasured pace
with every spark and glowing beam
I scan the stranger’s face
to find their eyes, their ears, their soul
regardless of their race
I am and nothing cancels out
the fact and truth, my being
my very words in molecules
course signals in your brain
I am and you are with me
though finite it may seem
no longer strangers we have met
in this primordial dream
the ashes sifting slowly
reveal the orbs of heat
it’s me, we’re free
past barriers of the brain
and trampling feet.