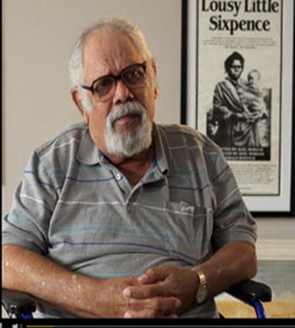 Lester was raised at Box Ridge Reserve in New South Wales and has been involved in Aboriginal community affairs since the 1960s, through theatre, film, radio, television and community development. He is brother to Gerry Bostock.

In 2009, part of Bostock’s life story was featured in the National Museum of Australia’s exhibition From Little Things Big Things Grow: Fighting For Indigenous Rights 1920-1970. Joining Film Australia in 1977, Bostock began working in film production, research and as an assistant on documentary films. Lester and Gerry were the co-founders of Kuri Productions in 1985.

In 2001, he was awarded a Centenary Medal for service to the community through the arts as founder of the Black Theatre. Lester was the joint winner of the 2010 National NAIDOC Awards: Elder of the Year (Male). In 2011, he was awarded an Order of Australia: Member of the Order of Australia (AM) for services to the Indigenous community, broadcast media industry as a presenter and producer, and advocate for people with a disability.