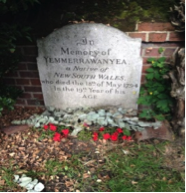 In June, First Nations Australia and New Zealand opened the ANZ Festival in London with cultural productions prior to the first feature of Tim Winton’s interview. The participants, Ali Cobby Eckerman, Anita Heiss, and Bruce Pascoe took part in over 16 events and the reception to our writing was very enthusiastic. Book sales were encouraging and the range of our events ranged from discussions of feminist literature, black/white history, poetry, novels, teenage fiction and fantasy.

While Anita took part in the Great Debate, Ali and Bruce visited the gravetsone of Yammerayanyea at Eltham with the young Murri bass player, Andrew Story, who performed with Ruthless Jabiru in a tribute to oodgeroo Noonuccal in The Chapel.

They also participated in a session where an English author was presenting his novel based on the Aboriginal cricket team which visited London in the early 1800s. They asked him why he had not contacted the descendants of those men as part of his research. His answer was that the time difference between Australia and England prevent him! 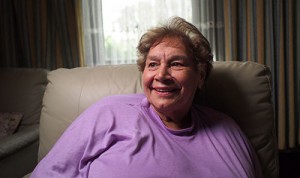 This week will see the broadcast nationwide of NITV, of Barbara’s World. Teni Burns, says about the film,

A finalist in the prestigious SASA Awards, and featured in the recent Women with Heart screenings, Barbara’s World is a fascinating insight to a world that is both challenging and victorious. The Barbara of the title is mother to to filmmaker Edoardo Crismani and it is she, who under his tender direction gives an eloquent and vivid account of her history. And what a history it is! Descended from South Australia’s 1926 Indigenous boxing champion, ‘The Panther’, Barbara brings us into a world that is relatively unknown but is endlessly engrossing. Startling in her composure, touching in her loving recollections of struggles and joys past, this beautiful woman graciously allows us to see life through her eyes. Extremely candid and confronting at times, Crismani never ventures into cloying sentimentality as he gently allows the narrative to unfold. The use of archival photography enhances the story and the impressive original music accompanies it without intruding. Heartrending and heart-warming, this lovely and relevant film presents a Woman of Heart. Five stars.

The film is also being screen at the South Australia State Library and other sites as part of their NAIDOC celebrations. 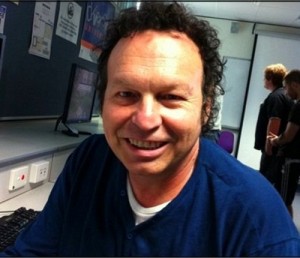 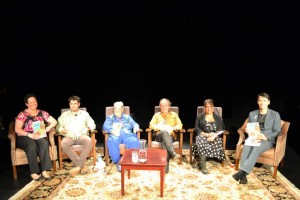 It was “Kia Ora” to Aotearoa over the March long weekend.  We both travelled to Wellington, New Zealand representing the First Nations Australian Writers Network (FNAWN), at the Ora Nui Special Edition launch, during Writers Week of the New Zealand Festival.

The second edition of New Zealand’s Maori literary journal Ora Nui was collaboration between Ora Nui and the FNAWN.  The journal showcased a range of poetry, prose and short fiction from the Indigenous people of Aotearoa New Zealand and Australia.  The Co-editors were Anton Blank, Ora Nui and Kerry Reed-Gilbert, Chairperson FNAWN. 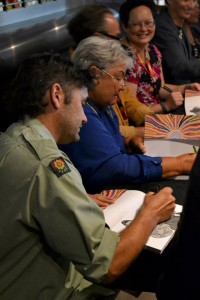 We both met up with Tony Birch from Melbourne and some of the Maori writers also included in the journal: Cath Dunsford, Kani Te Manukura, and Anton Blank.

The launch was held on Saturday 8 March with about 40 people attending the session which was good, given the 10.45am start.  A few nerves appeared beforehand which turned into excitement.  It was great to be on stage and hear readings from the best seats in the house – on stage!  We read some of our work and launched the special edition.  The audience and festival organisers were moved by the readings and enjoyed this along with the Question and Answer session that followed and the book signing.

After that we were free to attend other events and explore the lovely city of Wellington.  The weather was beautiful and added to the international atmosphere of the Festival.  Other events held included Tony Birch’s session Nothing is Written in Stone, and events with international writers. 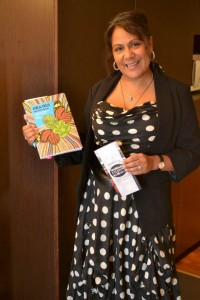 A Powhiri (welcome ceremony) was held on Monday and this was lovely to witness and be included in the experience.

Overall, it was an honour to represent FNAWN.  Thanks go to the Festival organisers and volunteers for their assistance and warm hospitality.  It was a pleasure to be a part of the Writers Week.

The First Nations Australia Writers’ Network wishes to pay tribute to Gerry Bostock who passed away today. He was a true warrior and champion of Aboriginal arts and literature, as well as our people and communities. His works include Lousy Little Sixpence, Black Man Coming: Poems, as well as a play Here Comes the Nigger in 1974.

Gerry will be sorely missed. Our prayers and best wishes to his family.

The First Nations Australia Writers’ Network is excited to be working with Australian Poetry, with the generous support of the Scanlon Foundation, to announce the 2014 Scanlon Prize for Indigenous Poetry.

The Scanlon Prize for Indigenous Poetry is the only prize in Australia specifically to books of Indigenous poetry, its purpose being to encourage the work of Indigenous poets, and to make their poetry more widely known and appreciated. The Prize is now in its tenth year of existence. The Scanlon Prize is awarded to a poet for the best single-author collection of Aboriginal poetry published in the last two years.The award includes a prize of $2000.

The winner will be announced at an event to be held as part of the Melbourne Writers Festival and the results published on the Australian Poetry website.

The guidelines are below: 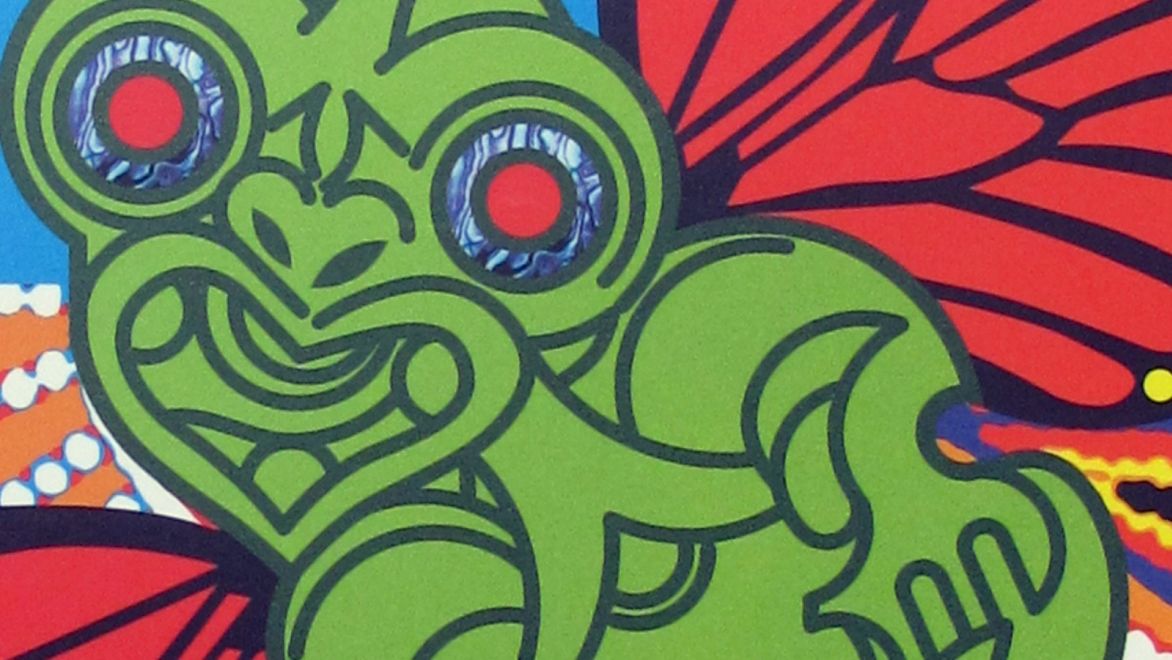 What a busy month! In addition to the launch of FNAWN, a number of the FNAWN community are heading over the Aotearoa New Zealand for the launch of Ora Nui, Special Edition.

We look forward to hearing about the launch, as well as further collaborations between our writers.