Dr Sandra Phillips, FNAWN Chairperson, has been busy promoting FNAWN and its membership, as well as other Aboriginal and/or Torres Strait Islander writers. Below is just some of the activities that Dr Phillips has participated, or led, in the past few months.

In July, Dr Phillips flew to Tokyo with fellow FNAWN member Dr Anita Heiss, where they presented workshops and a lecture at Musashino University (MU). 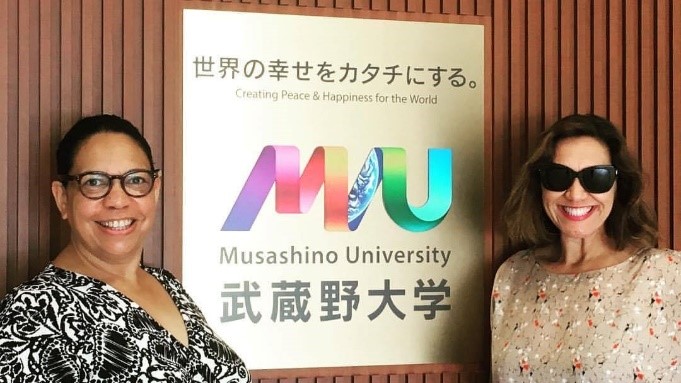 At the invitation of MU and Professor of Political Science, Sensei Professor Donna Weeks, Dr Phillips and Dr Heiss delivered Writing and Reading Aboriginal Australia workshops with MU Global Business Students, and presented a public lecture to the MU and wider community of scholars and writers.

The workshop and lecture were well received, with a strong interest shown in First Nations writers and their works. Dr Phillips and Dr Heiss’ appearances topped MU Social for the time that they were at the university.

Dr Phillips made many appearances at the recent Brisbane Writers Festival (BWF), including in the beautiful Angel’s Palace. This large dome was inspired by Alexis Wright’s Miles Franklin award-winning novel Carpentaria.

“She thought the dump was magnificent, as anyone dirt poor would. The way she talked you would have thought she was a very rich woman, and it was nothing for her to walk back and forth to the dump two dozen times a day to cart back pieces of sheet iron, jerry cans, bits of car bodies, pieces of rope, logs, plastic, discarded curtain and old clothing … until she ended up with an igloo made of rubbish.” Alexis Wright, ‘Carpentaria’

In collaboration with Aboriginal artist Gordon Hookey, this unique venue space was created. It was the home of many First Nations performances, panels and speakers throughout the Festival. This venue was commissioned by first-time UPLIT Ceo and BWF Artistic Director Zoe Pollock. Within Angel’s Palace, a 26-minute performance of Carpentaria took place, scripted by Alethea Beetson (Artistic Direcor of DigiYouthArts) and performed by Paula Nazarski, Tibian Wyles and Lenny Donahue.

Dr Phillips chaired the advisory panel for Angel’s Palace at BWF. She presented and/or hosted a few sessions in this special space, including a conversation with Alexis Wright, one of FNAWN’s most established writers.

Dr Phillips hosted and/or contributed to many panels and sessions at other locations during BWF. Including at Kuril Dhagun, State Library of Queensland (SLQ), which presented sessions with First Nations speakers during BWF.

After Angel’s Palace, Dr Phillips came back down to earth for the 8th Institute of Professional Editors (IPEd) National Editors Conference. There she provided a presentation with Grace Lucas-Pennington, which included a discussion on editing literature with First Nations cultural content, and the invaluable the black&write! program of the State Library of Queensland.

And with the flurry of the last few months coming to a end, FNAWN Chair and Board will be looking at further opportunities to promote members and First Nations literature. As well as strategic planning for FNAWNs future, which includes securing funding. So, as always, its onwards and upwards.

FNAWN Board member Sharon Mununggurr recently had the opportunity to attend a workshop with Joy Harjo, at the Henderson Gallery in Brisbane.
Sharon has provided this summary of the workshop: 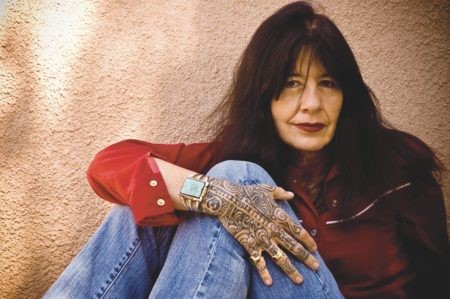 Born in Tulsa, Oklahoma, Joy Harjo is an internationally known poet, writer, performer and saxophone player of the Mvskoke/Creek Nation. Harjo is often cited as playing a formidable role in the second wave of the Native American Renaissance of the late 20th century.

Harjo’s eight books of poetry include such well-known titles as How We Became Human: New and Selected Poems and She Had Some Horses. Her newest collection, Conflict Resolution for Holy Beings (2015), short-listed for the 2016 Griffin Poetry Prize, is hailed by Yusef Komunyakaa as ‘a marvelous instrument that veins through a dark lode of American history’.

I attended the Indigenous Writers Workshop on August 12th . There was a small group of Indigenous Writers, and we were really fortunate as with the smaller group Joy shared not only her poetry and musical skills but also shared some personal stories that she said she had never shared before. All workshop participants wrote a piece and then shared with the intimate group, and received feedback from Joy – which was an honour.

We were also honoured to have Dawn Daylight play guitar and sing as a gift to the group and Joy. It was an emotional workshop and I was really humbled to participate and represent FNAWN. 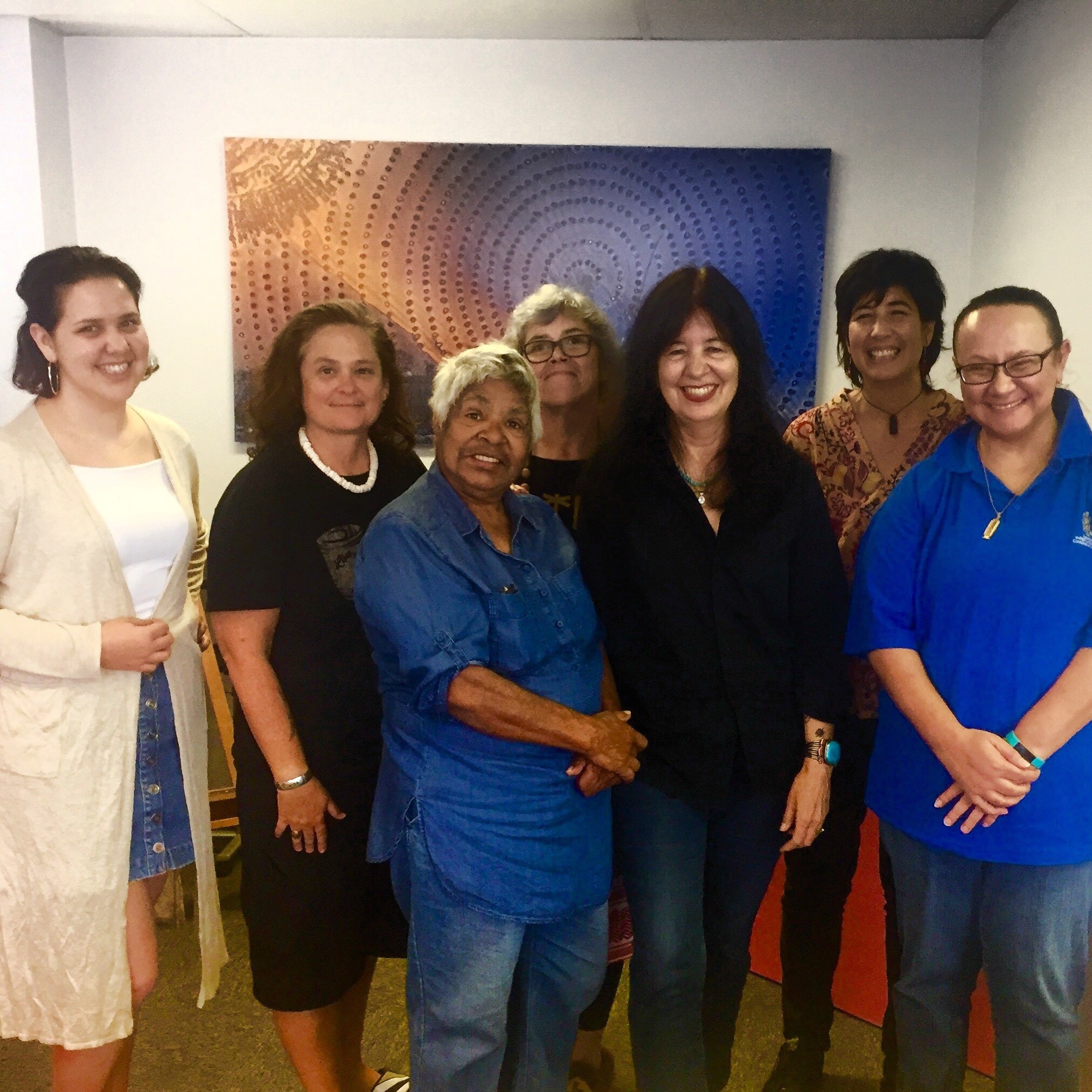